This is just to say (Rogelio Guedea), por Vincent O’Sullivan

Until a few months ago, all I knew of Mexican poetry was from a few international names like Octavio Paz, a selection of translations by Samuel Beckett, and a number of fine poets from anthologies. Then my discovery that in fact Spanish American poetry was being written a few kilometres from where I live. Rogelio Guedea has been in Dunedin for almost a decade. He teaches at the university, an intellectual who contributes regular political columns to papers in Mexico, a former legal prosecutor, a writer of crime novels, and a prolific poet. El crimen de los Tepames, the final volume of a fiction trilogy, last year was a best seller in Mexico, and his poetry has won Spain’s Premio Adonais. The enterprising Roger Hickin, whose Cold Hub Press is the only New Zealand imprint that brings out collections in foreign languages, is about to publish Si no te hubieras ido/If only you hadn’t gone, with his own finely pitched translations. The set of thirty four poems was written while the writer’s wife and family was temporarily back in Mexico. As I’ve noted in an Introduction to the volume,

‘Ordinary,’ I expect, is the first word that may come to you, should you ask, what kind of world is this, that these poems are part of? For that is the ultimate grace, you might say, that the poet’s wife bestows on a house and a suburb while she is there, and that seems so distant, so unlikely, when she is not. Just as in the Adam myth it is the correct naming of things that brings orderliness to whatever exists, it is her physical presence that gives coherence to objects, and pattern to routines. This is not ‘domestic poetry’ of the kind that sometimes seems to me a mere cataloguing of trivia. This is poetry that addresses love and purpose and emotional reach, and where everything within their range, whether cakes of soap or bathplugs or plastic rubbish bags, bask in their sheer quiddity, as philosophers used to say, because finally it is love that sanctions whatever point they have. This is the poetry of love timed to the minute by mundane clocks, yet proposing so much more as it spells out with casual, anecdotal, wryly good-humoured largesse, that right here, and only here, life and its values take shape.’

If you’re inclined to trace out lines of descent, you might follow the thread from William Carlos Williams’ note in ‘This is just to say,’ when he took plums from an icebox, and wrote the sort of poem that several of my contemporaries fancied was where modern personal poetry really began, to the note on the fridge door in a Dunedin suburb, in the first lines of If only you hadn’t gone. At least it places these new poems in a tradition of unshowy, unsentimental love poems, whose strength is their needing neither flourish nor elaboration to strike home. And as I very much liked having the chance to say as I wrote about Guedea, ‘I don’t know any other poetry written in New Zealand that does quite what these poems do, with their imperative of rapidly jotted notes, and yet that overarching confidence of sustaining form. I don’t believe we can any longer talk about our contemporary poetry at large, without Rogelio Guedea now being a voice in that conversation.’ 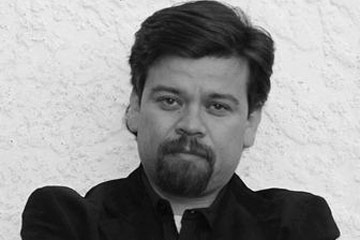